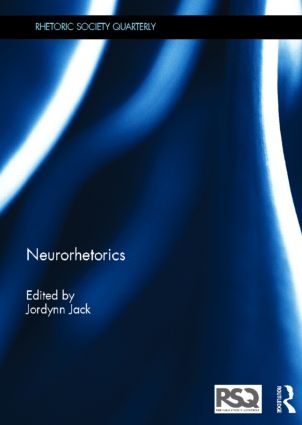 In academia, as well as in popular culture, the prefix “neuro-” now occurs with startling frequency. Scholars now publish research in the fields of neuroeconomics, neurophilosophy, neuromarketing, neuropolitics, and neuroeducation. Consumers are targeted with enhanced products and services, such as brain-based training exercises, and babies are kept on a strict regimen of brain music, brain videos, and brain games. The chapters in this book investigate the rhetorical appeal, effects, and implications of this prefix, neuro-, and carefully consider the potential collaborative work between rhetoricians and neuroscientists. Drawing on the increasingly interdisciplinary nature of rhetorical study, Neurorhetorics questions how discourses about the brain construct neurological differences, such as mental illness or intelligence measures. Working at the nexus of rhetoric and neuroscience, the authors explore how to operationalize rhetorical inquiry into neuroscience in meaningful ways. They account for the production, dissemination, and appeal of neuroscience research findings, revealing what rhetorics about the brain mean for contemporary public discourse.

1. Introduction: What are Neurorhetorics? Jordynn Jack

2. “This is Your Brain on Rhetoric”: Research Directions for Neurorhetorics Jordynn Jack and L. Gregory Appelbaum

3. The Neuroscience of Rhetoric: Identification, Mirror Neurons, and Making The Many Appear David Gruber

4. Response: Toward a Rhetoric of Cognition Daniel M. Gross

5. Whatever Happened to the Cephalic Index? The Reality of Race and the Burden of Proof John P. Jackson Jr.

6. The Skeleton on the Couch: The Eagleton Affair, Rhetorical Disability, and the Stigma of Mental Illness Jenell Johnson

7. The Genre of the Mood Memoir and the Ethos of Psychiatric Disability Katie Rose Guest Pryal